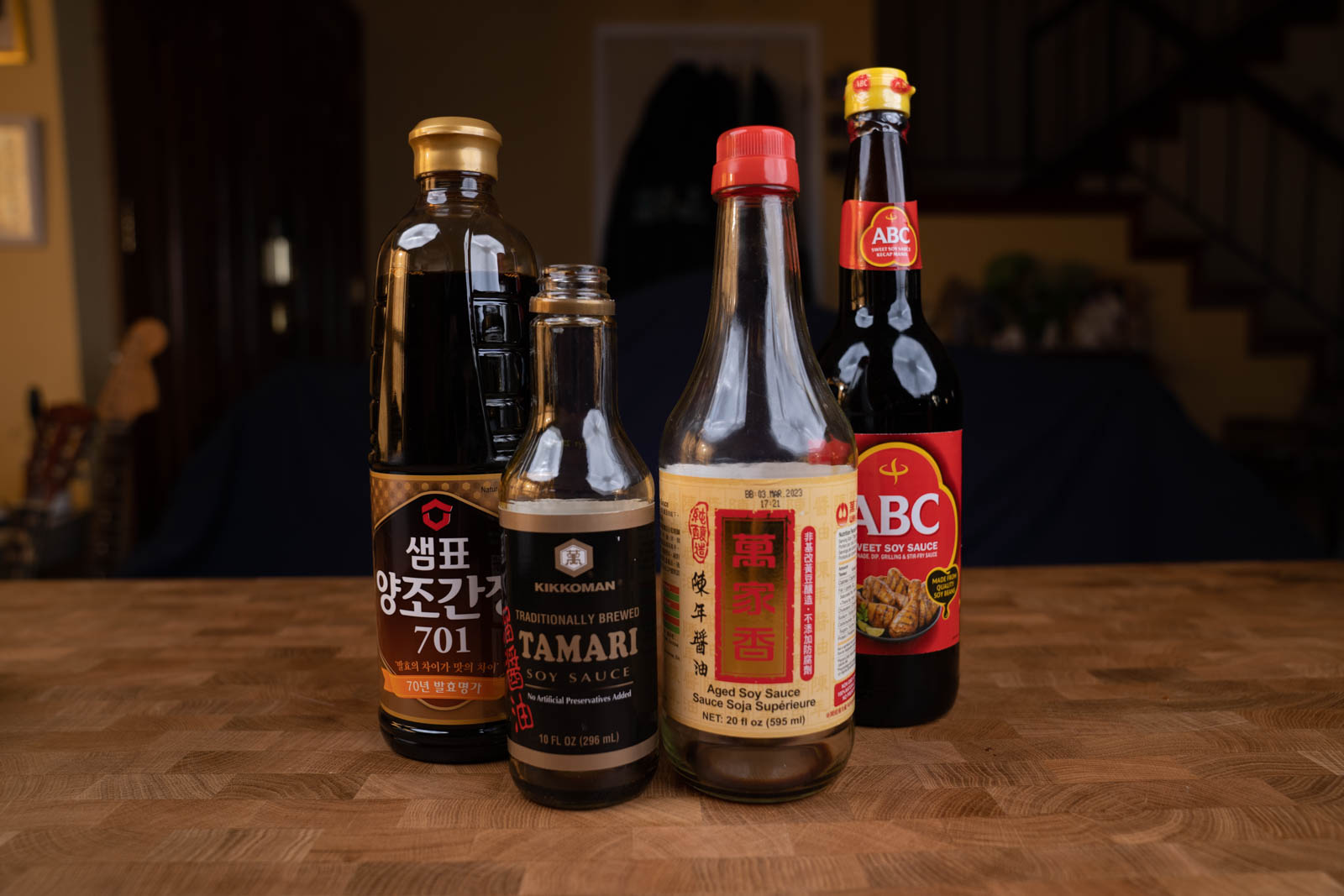 What is Soy Sauce?

Soy Sauce is one of those ubiquitous, so common you don’t give it a second thought item, just like salt. And unfortunately, like salt, most recipes don’t specify anything when calling for soy sauce, which can make such a difference to your dish.

Soy Sauce is traditionally made from the fermentation of soybean paste, roasted grain, brine and koji. The process entails soaking & cooking soybeans, koji culturing, brewing, pressing, pasteurization, and then finally storage and all of that could take several months to years to complete.

Let’s take a moment and consider all the work that goes into a bottle of soy sauce, it’s not that different from wine, and honestly in many cultures, this is the stuff!!

On the other hand, today we have more modern sauces which are made chemically using hydrolysis. This allows for soy sauce that is produced more quickly, cheaply and that has a longer shelf life. This of course, gives them a different flavor, aroma, and texture. Low sodium soy sauces are also typically made using hydrolysis so that they can contain less salt.

In the words of our good friend: “low sodium, no flavor”. So if you’re worried about the sodium content, instead of getting a chemically made low sodium soy sauce, we recommend picking up a bolder fermented soy sauce and using it sparingly. If you’re looking for something gluten free, look for the traditional Korean or the Japanese tamari soy sauce which are made without wheat.

The History of Soy Sauce

Soy sauce originated 2000 years ago in China and was brought to Japan at the same time as Buddhism with its heavy use of soy. Roughly around the same time there was evidence of soy sauce in Korea as well. The first documented exportation of soy sauce with Europe was in 1737 when it traveled from Japan to Indonesia to Netherlands. The first soy sauce production in the States began in Hawaii in 1933.

The theory is that soy sauce, and similar savory sauces, were created to help stretch salt, which at the time was really expensive. So, let’s talk about types of soy sauce and which to choose!

Just like salt and wine, there are so many types of soy sauce. Each country has their own varieties and specialities, but generally they differ in color or darkness, thickness, age, and added flavors.

Japanese soy sauce, shoyu, has similar differentiations as the Chinese but also introduced wheat into the soy sauce process for a lighter sweeter sauce than Chinese. Koikuchi 濃口 “thick taste” is the typical Japanese soy sauce, while the usukuchi 薄口 “thin taste” soy sauce is popular in the Kansai region, which is saltier and lighter in color. Tamari たまり is darker, thicker, richer than the koikuchi soy sauce and usually contains no wheat.

Shiro 白 “white” soy sauce which is light in color and has a sweet taste, it is often used with sashimi or pickling. There’s also a saishikomi 再仕込 “twice brewed” soy sauce that is dark and strong. And today there are many more new varieties of soy sauce!

Another popular adaptation of the Japanese soy sauce is the Hawaiian Aloha Shoyu, which is even sweeter. Speaking of sweet soy sauces, one of our favorites is the Indonesian kecap manis (sweet). Kecap manis dedang is a medium sweet and while kecap asin is more like a regular soy sauce. Nearby there is the Malaysian and Singaporean kicap lemak (rich/fat soy sauce), similar to kecap manis but with less sugar, and kicap cair which is more like kecap asin. Filipino soy sauce is called toyò and is closer to the Japanese variety, thinner in texture and with a saltier taste than its Southeast Asian counterparts.

Korean soy sauce is traditionally made entirely of fermented soybean and brine, though there are modern versions that use other ingredients other like barley or rice. Yanjo-Ganjang (양조간장) is naturally brewed from fermenting raw soybeans with natural yeast and aged at least 6 months. There are 3 main varieties: clear, which is aged for one year, middle, aged 3-4 years, and dark, which is aged more than 5 years. Jin-Ganjang (진간장) is essentially a mix of both yanjo soy sauce and hydrolized soy sauce, making it the cheaper alternative. Guk-Ganjang is soy sauce made for soup, which is saltier and lighter in color so it doesn’t discolor the soup.

And that’s not all! Some other varieties of soy sauce include the Taiwanese black bean soy sauce (黑豆蔭油) and the Burmese “bean fish sauce” pe ngan byar yay (ပဲငံပြာရည်).

How to Choose a Soy Sauce

A general guideline would be to choose based on country of origin of the dish you’re trying to make, but mainly it’s based on your personal preferences. You might want to choose a darker soy sauce for a richer color and taste that’s slightly less salty (even though there’s more sodium), or you might want something on the sweeter side. Think about or consider the application, if you’re creating a sauce or marinade, a thicker soy sauce might be helpful. If your dish is heavily reliant on the soy sauce for flavor or you’re using soy sauce as a dipping condiment, then invest in a quality soy sauce.

We can break it down even more! Using soy sauce is easy as pouring it in your pan but understanding how and when to use it is a different story. With many choices of soy sauce out there how do you know which one to use? If you’re experimenting or trying a new soy sauce, take a small taste of it and note it’s flavor (other than salty and hella salty). Does it have some sweetness? If so, how much? Are there are other flavor tones? Is it woody or earthy, floral, or any hints of citrus? Another thing to keep in mind is to notice its potency and viscosity. Even though there are many versions of soy sauce, for ease, we will break them up into these categories of light, dark, thick, and flavored.

Light soy sauces are the most common soy sauces. Even though it is lighter in color and thinner it tastes saltier than dark. You can use this soy sauce for all things: soups, stews, marinades, stir fry, and some dipping sauces. If a recipe calls for an unspecified soy sauce, you can simply reach for this type. If sodium content is something you need to look out for, then you will also find types of light soy sauce that have less sodium.

Dark soy sauce is obviously darker but has a much richer and sweeter flavor thanks to longer period of aging which gives a stronger soy flavor over the salt. We like to add this kind of soy sauce to soups and stews to give it a deeper flavor. Dark soy sauce sometimes contains molasses or caramel that can aid in enhancing the color of dishes. Dark soy sauce is a staple for us because of the levels of flavor it has over the more common light soy sauce.

Thick Soy Sauces like Indonesia’s kecap manis are thick from added sugars or wheat in the fermentation process or the use of starch thickeners. They are usually more potent so a little goes a long way. Thicker soy sauces are wonderful as dipping sauces or in stir fries like mie goreng, one of Indonesia’s most popular stir fried noodles.

Flavored Soy Sauces are a soy sauces with added flavors like mushroom, which has a very earthy flavor and can be substituted for dark soy sauce. Another common flavor is shrimp which, no brainer, enhances seafood dishes.

There’s many different soy sauces out there and yes it can be confusing trying to figure out what to get. Breaking it down in all these categories from country to characteristic can help you decide the types of soy sauces you will want in the arsenal of sauces in your pantry. It’s great to have different kinds on hand to help you enhance your dishes and we don’t mean just the Asian ones! We like using dark soy sauce in our turkey chili too, so you can see how versatile they can be. Hope you enjoyed and learned a lot about soy sauce! 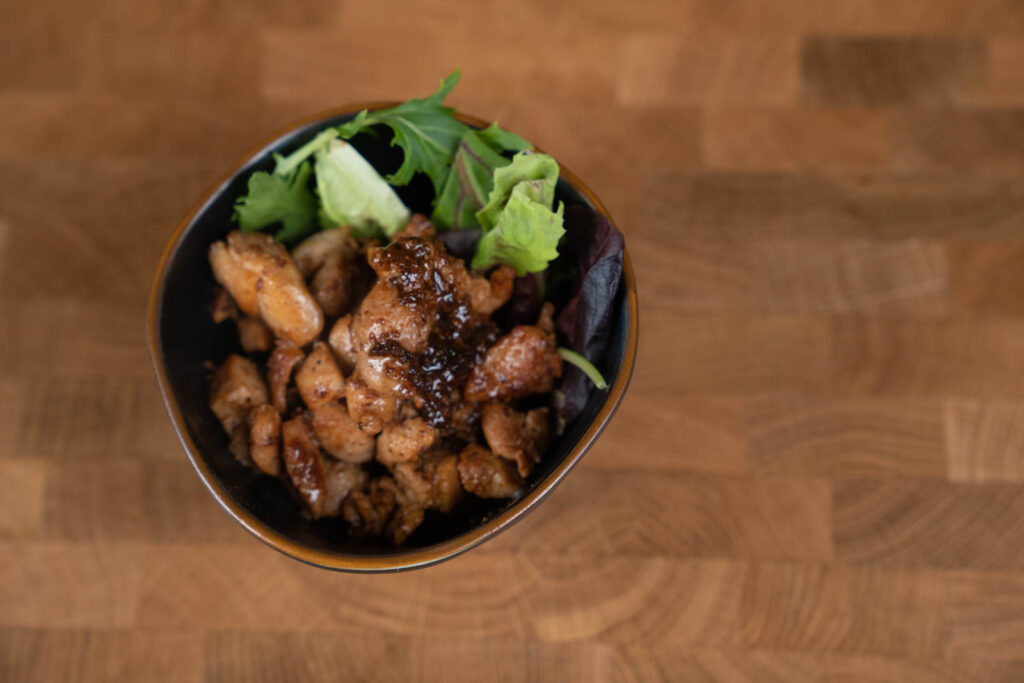 Heirloom Tomatoes: Episode Ten | What the F is this?!