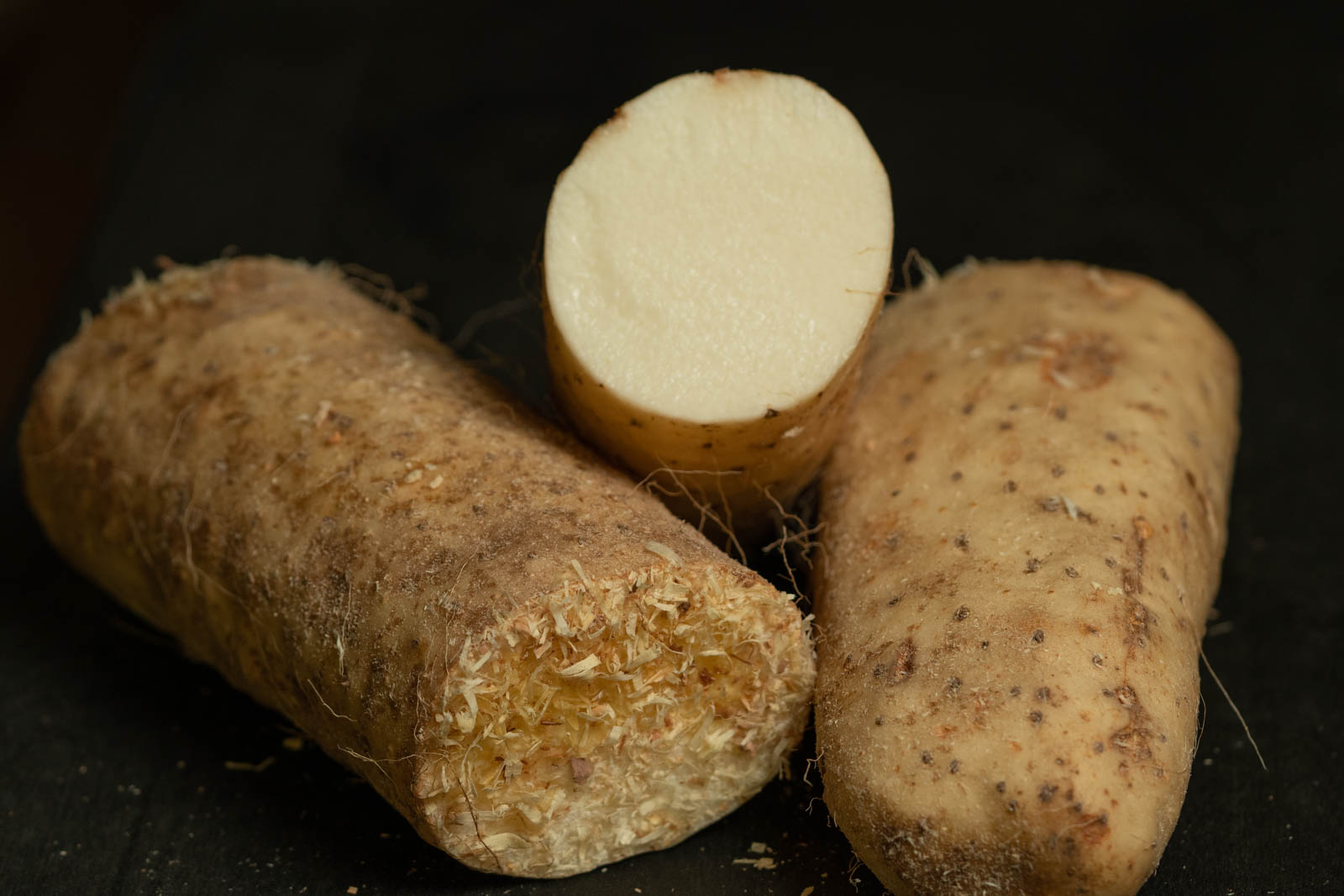 After having done a number of our WTF series episodes and especially after doing an episode on Burdock root, we knew we had to get to nagaimo because it seemed less intimidating than the almost similar looking root (in that it looked like a daikon) but still strange (reputed slimy texture). Undeterred and in love with all things Japanese, we’re finally tackling this bizarre ingredient, nagaimo, or Chinese yam, or long yam.

Where’d This Thing Come From?

Originally from China, the Japanese began cultivating the nagaimo in the 17th century, and ever since, this mountain yam shows up often in Japanese cuisine. Now it’s popular throughout East Asia, available in Europe, and apparently considered an invasive species here in the States, where it can usually be found in your Chinese or Japanese grocery store.

The naga (long) imo (yam) has light skin with sparsely spread hair like roots, similar to Gollum from Lord of the Rings. Mountain yams tend to be gooey and thick when grated creating pretty much a white slop, tasty! Despite that graphic undesirable description of this tuber, it can be eaten raw or cooked. Nagaimo can sometimes be referred to as the mountain medicine and its used for a number of medical purposes in Chinese medicine. It’s known to help reduce high blood pressure, regulate digestion and relieve fatigue. This yam also contains high levels of amylase and other digestive enzymes that help digestion.

Another mountain yam that gets confused with nagaimo is yamaimo, which has a dark skin color to it and is even thicker and gooey-er when grated. Disclaimer: we read to wear gloves when handling nagaimo with the skin is still on, as it is also known to cause a little itchiness, though we forgot about the gloves but did not experience any itchiness.

Fresh nagaimo should be white and moist on the inside, though it is often cut and packaged with dusted ends (to prevent any oxidizing) so you won’t be able to check that when shopping. Instead, simply press the tuber and make sure it’s firm without any discolorations or soft spots. To store, whole nagaimo should be wrapped in newspaper and stored in a cool dark place, cut nagaimo should be tightly wrapped so the cut edges remain covered and stored in the refrigerator. Grated or shredded nagaimo can be kept in the freezer and lasts up to a month.

Nagaimo is a unique tuber since it can be eaten raw. The simplest use for the tuber can be a nagaimo salad where you just peel and cut it down to bite size pieces and mix with a dressing. When nagaimo is grated (called tororo) it has even more uses, simple and common would just be topping it on a nice bowl of fluffy rice (tororo gohan) or soba (tororo soba) but the most notable use for grated nagaimo is for okonomiyaki because it creates a very fluffy and airy texture perfect for that dish! When cooked, you can use it in numerous ways, like soups or even side dishes similar to Korean banchan. Use the yam for a stir-fry dish or even by itself, like a simple cut into rounds and browned on each side.

We decided to us nagaimo both ways (cooked and raw/grated) just to show its versatility. For grated nagaimo or tororo we will be making a refreshing cold tororo soba that is perfect for summer time to help you cool down and we will also be making nagaimo fries because, well, who doesn’t like fries? 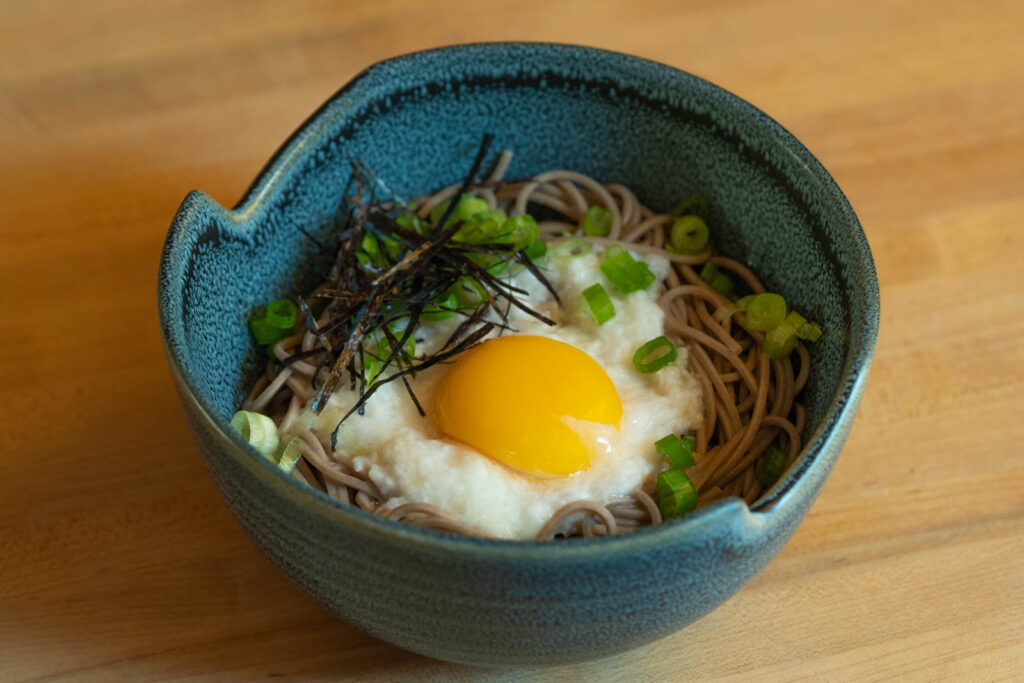 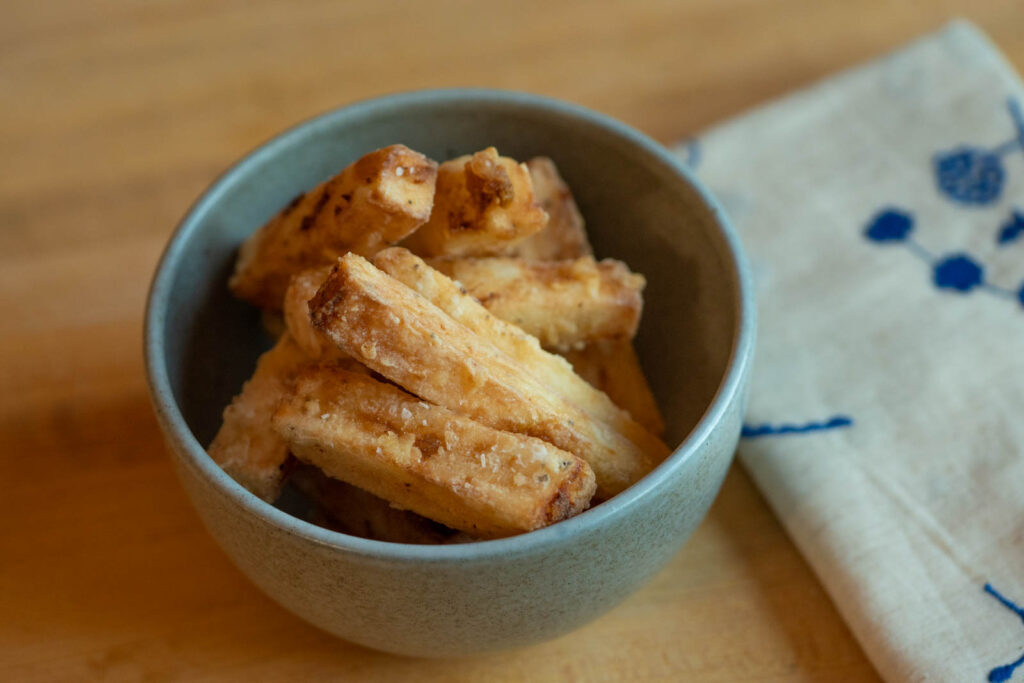 All About Eggplants: Episode Eleven | What the F is this?!