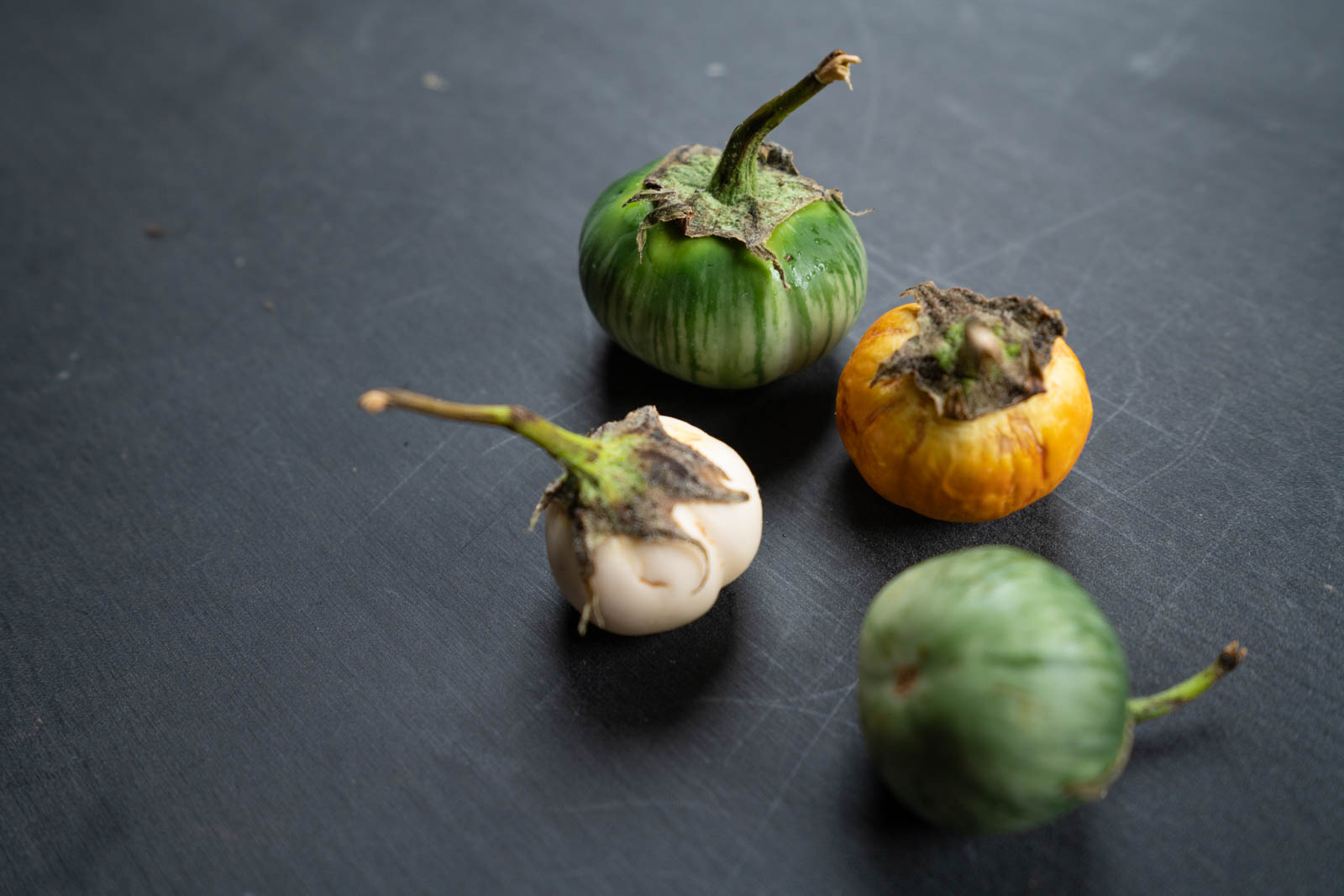 Today we are talking about the infamous eggplant, as in the vegetable from the nightshade family, not any other kinda eggplants! Eggplants, or aubergine or brinjal, all used to be white and egg shaped, hence the name, but over time the more insect-resistant and drought-tolerant purple globe eggplant won out, which is why you won’t find white varieties widely available today. Peak eggplant season is from July to October.

The eggplant originated and still grows wild in Asia and the scarlet or orange eggplant comes from Africa. Eggplants made their way to Europe with the Islamic empire in the 7th and 8th centuries. Fun fact: China is the largest producer of eggplants, over 63 percent of the world’s production.

The amazing thing about eggplants are the numerous varieties. While they are all similar and mild in flavor, there are some differences that will lend towards different applications and of course, some are just so darn cute!

These long and slender and are difficult to tell apart. Their skin is relatively thin and have very few seeds, and less bitterness.

These long and narrow Heirloom eggplant with thin striped purple-and-white skin. The Graffiti, also known by Zebra or Sicilian eggplant, has even more pronounced striping and is bred to be sweeter. Smaller globe like shape than the Fairy tale which is a long tuber like the Chinese eggplant.

The most common eggplant variety in the US. One of the biggest varieties with a glossy, deep-purple skin and spongy flesh with many seeds. They can take on a meaty, savory flavor, and their thicker skin makes them ideal for charring.

I get why some folks think eggplants are just too much trouble – they take a while to cook, they can be a really mushy texture, or they taste too bitter. And yes, that can all be true. But, they can also be super creamy, take on deep flavors, and even play a sort of meat substitute role. They’re so delicious grilled, stir fried, or roasted, and they’re even safe to eat raw.

If you’re using really fresh asian varieties, you can leave the peel on. But for thicker skinned varieties or older eggplants, peel the skin before using. The biggest thing you can do to help your eggplant is dry and salt the eggplant after cutting it up. Or you could also brine them, which will give it tons of flavor and help it hold its texture better. Also, eggplants are 80-90% water, so be careful not to crowd the pan.

Because eggplants are like sponges they’ll absorb tons of oil. If you’re braising or frying them, make sure to drain them well. If you’re only grilling them – just brush them with oil. You can also bread the eggplants to avoid the super soaking.

How to Pick & Use Eggplants

When picking eggplants, look for vibrant or deep colors and bright or glossy skin. Ripe eggplants should be firm but not hard. The flesh should be white with a slight green tint (orange eggplants ripen orange/green inside). To check an eggplant’s ripeness, you’ll have to cut one lengthwise and check that seeds are visible. If you don’t see seeds, the eggplant isn’t yet ripe. If the inside is brown, the eggplant might have gone bad.

Which Eggplant Should You Use?

The narrower eggplants like Chinese and Fairy Tale tend to have less seeds and thinner skins, making them sweeter and better for eating raw, sauteing, stir fries, and grilling. The thicker larger ones like Globe or Italian are good protein substitutes and will bake or roast well. The tiny thai eggplants are mostly seeds, so they’re on the more bitter end of the spectrum and are typically used in curries.

In ancient times, eggplants were believed to cause insanity and malaise. This probably stemmed from their relation to other toxic items in the nightshade family and because of their bitterness. Luckily this turned out to be false, and newer eggplant varieties were specially bred for a sweeter taste.

While eggplants don’t offer that much nutrition, they do give a decent supply of potassium and fiber. Eggplant has antioxidants like vitamins A and C, lutein, and anthocyanins. It’s also high in polyphenols, which may help cells process sugar.

As a nightshade vegetable, eggplants contain solanine, a chemical believed to add to inflammation, so those with arthritis tend to avoid nightshades.

So I hope we’ve got you drooling (over the eggplants). If you’re a fellow eggplant lover, please consider giving our Youtube vid a thumbslike (and maybe subscribe?!) and let us know your favorite eggplant dish in the comments! 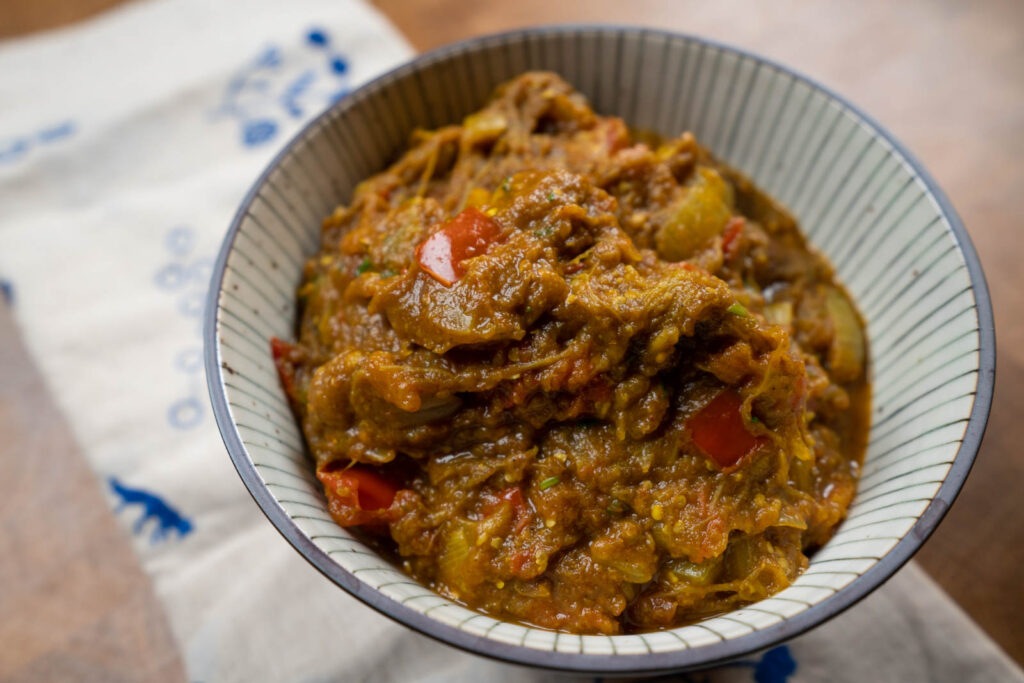 Heirloom Tomatoes: Episode Ten | What the F is this?!

Chayote Squash: Episode Two | What the F is this?!

Malabar Spinach: Episode Five | What the F is this?!