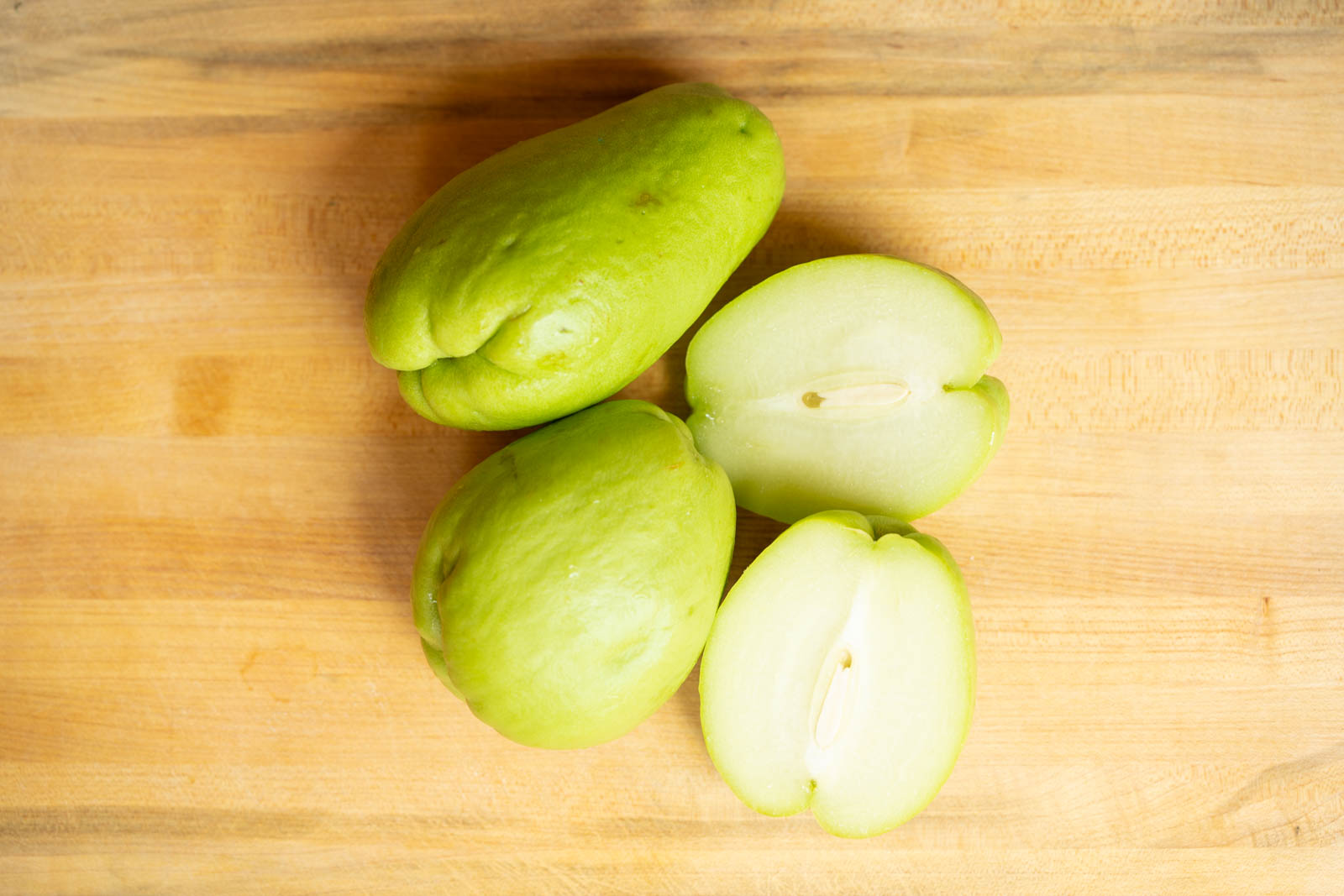 Though the chayote squash has made its way around the world and integrated into many cuisines, the “vegetable pear” may still be unfamiliar ingredient to many in the States. The chayote is part of the gourd family and is actually botanically classified as a fruit, but is often treated like a vegetable. It’s often compared to a cucumber but we find that it’s got a much better crunch and more flavorful (slightly more bitter) than a cucumber. In fact, it holds its crunch for quite some time, more like a potato than a cucumber, which makes sense since so many cultures like to stew the gourd.

It’s harder to find a culture that doesn’t use chayote, or even a dish that can’t include chayote, and that’s because chayote was one of the several foods that traveled during the Columbian Exchange (trade due to Christopher Columbus), making its way across the continents from Central America. In Haiti chayote is known as mirliton and often used for holiday dishes. In Australia, New Zealand and Singapore, it is known as choko, but in the Caribbean it’s called chocho or chuchu in Brazil, where it’s often pickled or in an au gratin.

The chayote is valued for its nutrient density! It’s a good source of vitamin C, vitamin B-9 (folate), fiber, and antioxidants, such as myricetin which has anti-inflammatory properties! Good for heart health. Since its low in calories and high in fiber, good for blood sugar control and digestive health.

When picking Chayote Squash, look for the full pear shape, light green skin, green to white flesh in color, very firm, with no browning or bruising. Smaller fruit are usually more tender. There are also a few varieties, like white or prickly ones.

How To Prep and Cook with Chayote Squash

The entire plant is edible; including the roots and seeds. Most folks choose to peel the skin since it doesn’t hold much of the flavor, but if we didn’t find it particularly tough so removing it really depends on your preference. The roots can be treated like any other tuber and the stems and leaves are often used in salads and stir-fries throughout Asia. The leaves can also be made into a tea that is used for hypertension or to dissolve kidney stones. 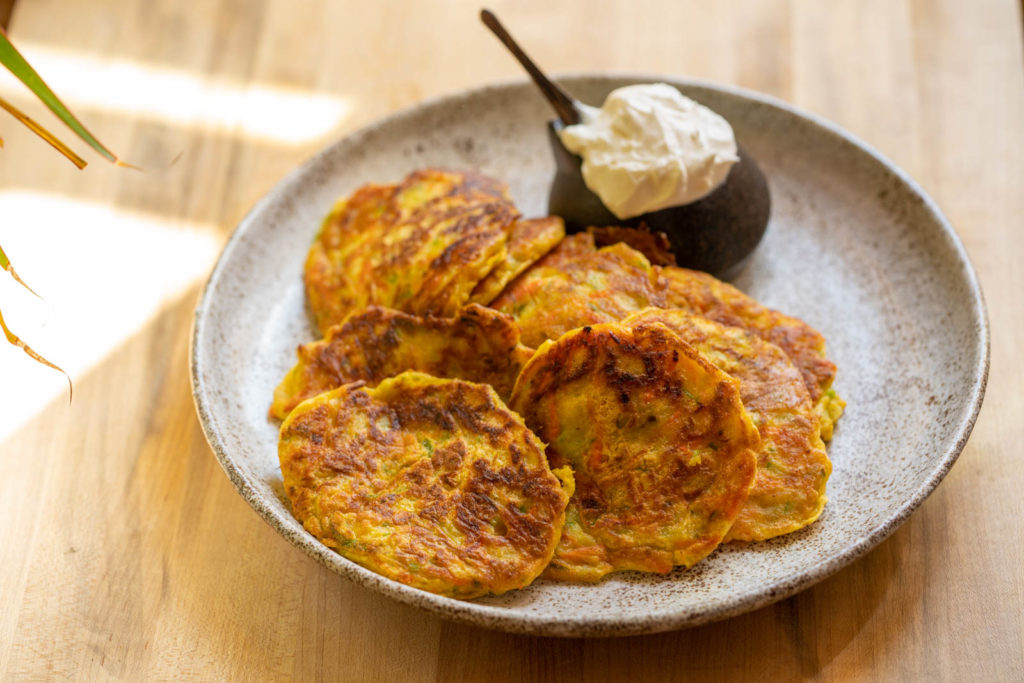 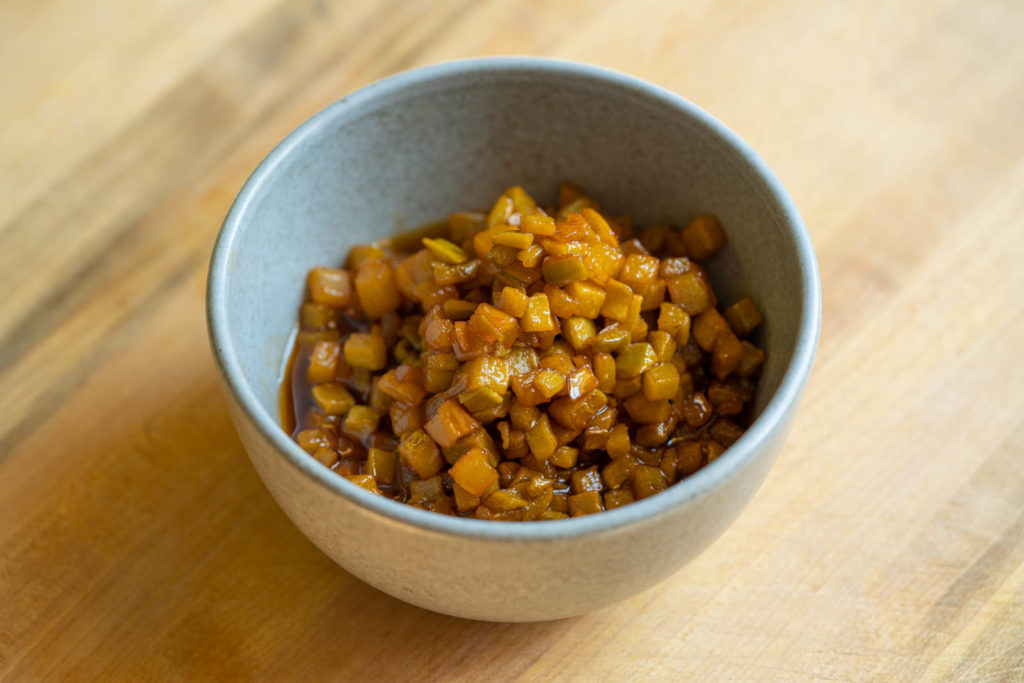