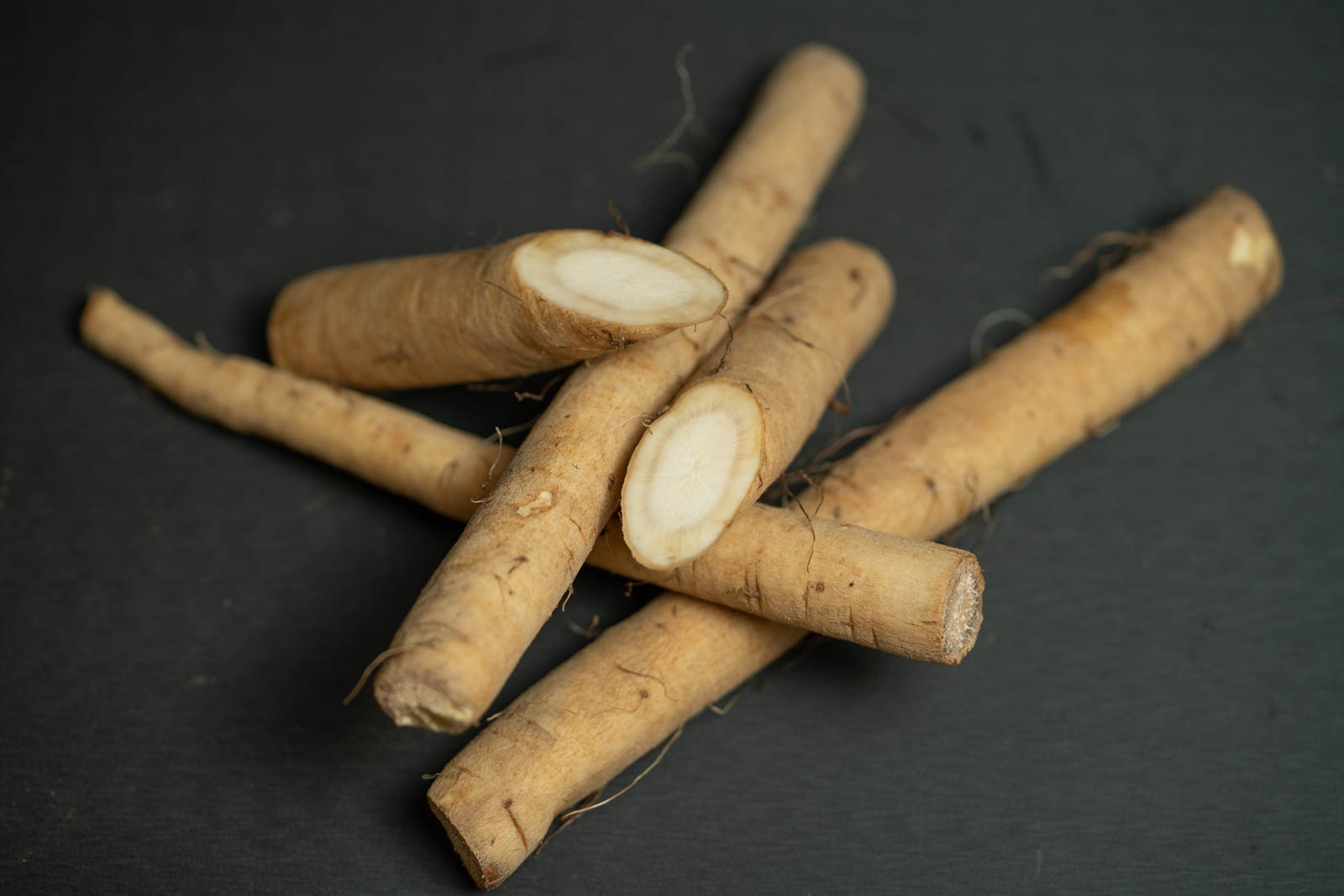 Gobo (牛蒡) is the Japanese word for greater burdock root (Arctium lappa), which is part of the thistle family. Burdock root is also known as niúbàng (牛蒡) in Chinese, ueong (우엉) in Korean, and bardana or garduna in Italy, Brazil and Portugal. While the stalks and leaves are edible, the most commonly eaten part of the plant is the roots, which look like slender sticks. Its flavor is said to be earthy or astringent, similar to the artichoke or asparagus and offers a nice crunchy texture.

The burdock root is native to regions of Asia and Eastern Europe but is now available all around the world, even seen as a weed here in the States. The burdock spurs were supposedly the inspiration for Velcro, created by Swiss engineer George de Mestral.

Gobo, or burdock root, is praised for its many nutritional benefits. Burdock root is high in potassium and fiber and antioxidants. Burdock is said to detoxify blood and promote circulation and because of its anti-inflammatory and antibacterial properties, it’s even used topically for skin treatments. In more recent studies, there are signs that it can inhibit certain cancers. You can use it raw or cooked, dried or even steeped as a tea, like our Burdock/Gobo Tea with a hint of lemongrass.

While burdock root is extremely healthy, you don’t want to over-consume as it is a diuretic. Those with allergies to related flowers and plants such as ragweed, chrysanthemums, marigolds, and daisies, should use caution with the related burdock. This information is supplemental and does not cover everything. Please seek professional medical advice from your doctor if you’ve any questions about allergies or interactions.

How To Prep and Cook with Gobo/Burdock Root

When picking burdock root, look for unwashed roots with the skin intact, since that’s where most the flavor and nutrition is. Go with thinner roots if you want a softer, less stringy texture. Gobo is popular in many Asian dishes as it works really well in stir fries, braises, soups and even salads. Sounds like it’s great in everything but let’s dive into properly prepping it to get it ready for whatever masterpiece of a dish you are thinking of making.

When prepping gobo, make sure to wash it thoroughly with a scrubber using the hard side to really get it nice and clean. You don’t want to peel the gobo as the skin has a great nutty flavor that you don’t want to lose, it just adds a bit more of a dimension to the root itself. Depending on how you’re using it, you may want to put your cut gobo into water immediately as gobo oxidizes extremely quickly.

If you’re cooking it, chances are the color won’t matter, like in our Roasted Shoyu Gobo and our Gobo and Peppercorn Chips (3 ways).

Soaking your gobo also helps mellow out the astringencies, but try the gobo freshly cut and compare it to one that’s been soaking and decide which you prefer! A really popular dish made with gobo is kinpira which is Japanese (and Korean) braised burdock root side dish. We aren’t going to give that recipe ourselves as that’s really the ONLY dish you will find when searching about gobo. We want to show you the versatility and possibilities of this ingredient so check out our recipes below. 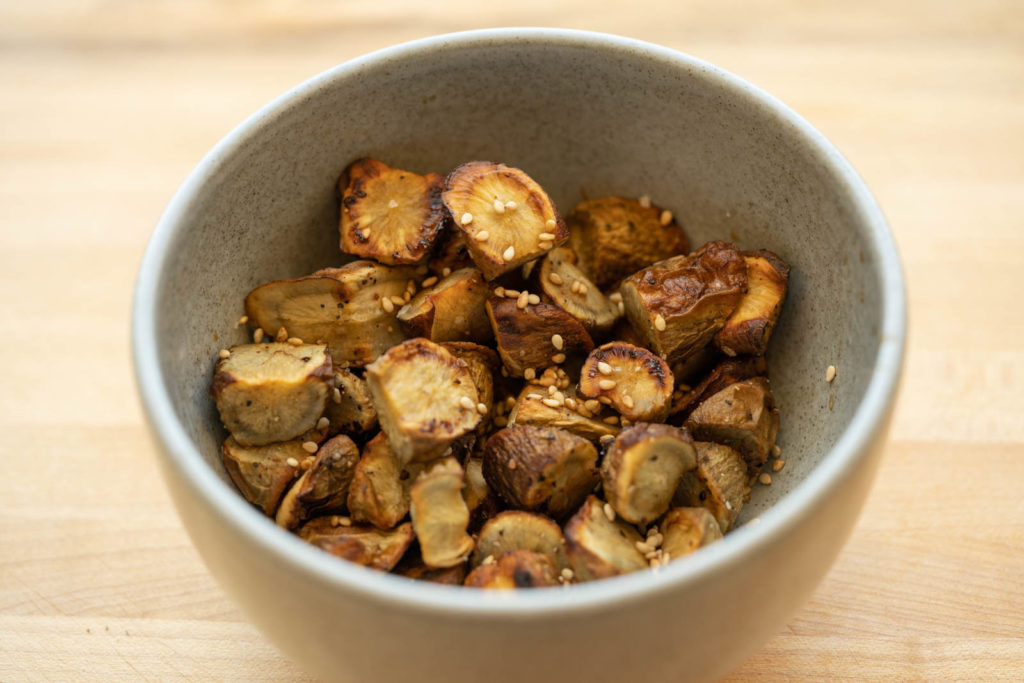