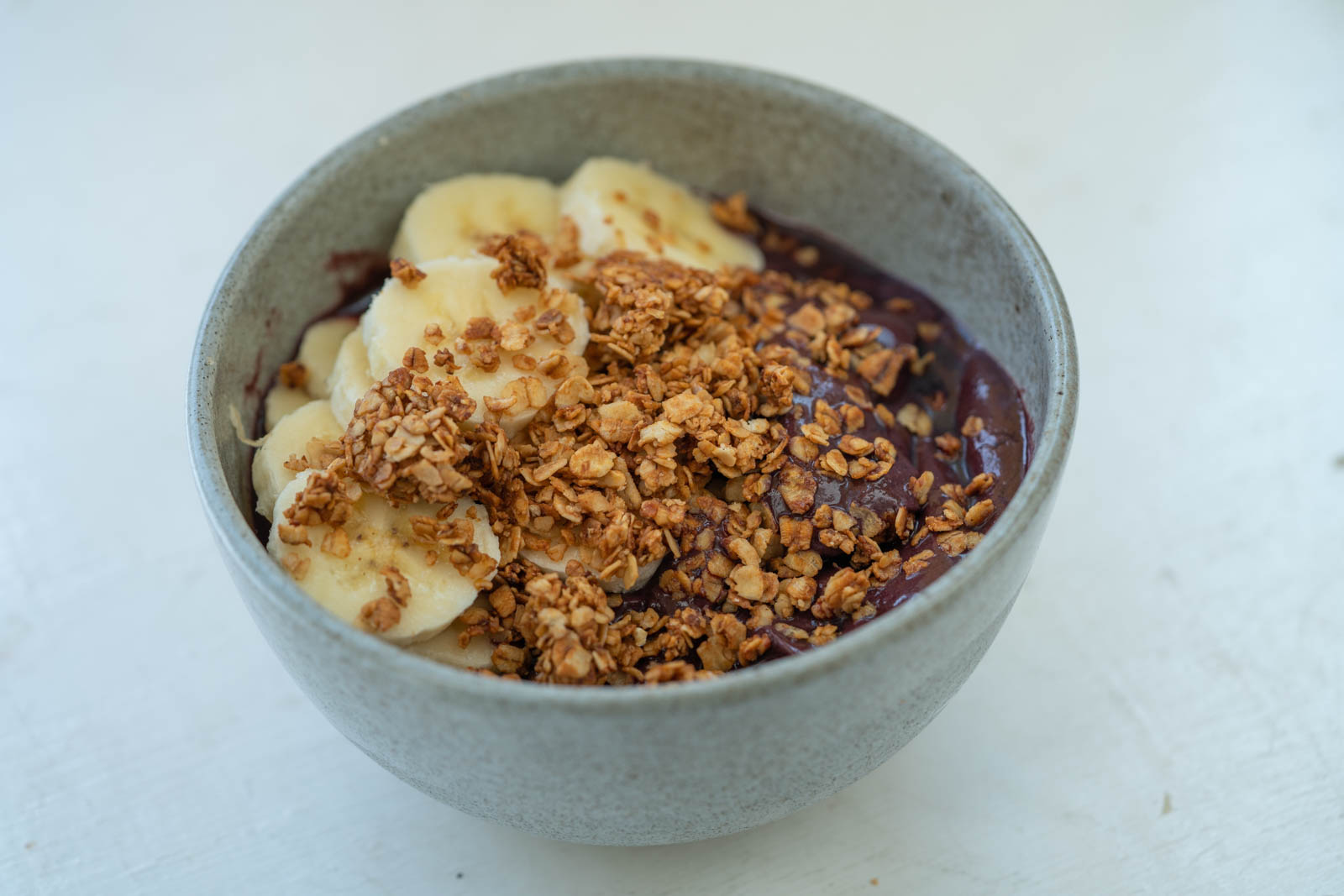 Having visited Brazil about 4 times, I’m (Carl) no stranger to Brazilian açaí. In fact, eating açai the Brazilian way is THE only way to eat açaí. No offense to the islands of Hawaii or the guys in SoCal pushing out some decently tasty “açaí” bowls but I just feel like everyone just over complicates their açaí mix. I’ve seen some people add yogurt, papayas, or other fruits and liquids and it just ends up masking the flavor of the açaí.

Have you ever eaten your frozen açaí packets straight out of the packet? It does not have a pleasant taste, actually it tastes like dirt! So, I can understand why many people add so many things to their açaí to actually make it taste better but you lose out on the açaí so much. Açaí itself is a berry with a lot of earth tones and some sweetness to it. When it’s frozen and shipped then goes from market to your freezer the “dirt” texture and flavor is pretty strong and the berry flavor is very mild. My goal since the first time I have ever tried Brazilian açaí was to really make that berry flavor come out and shine while still upholding the texture of the açaí. It took going to Brazil 4 times trying to figure out how to do this and finally I have it!

In Brazil, their process is very simple, the only thing that’s being mixed with frozen açaí is guarana syrup (link to for guarana syrup below). Guarana is a climbing plant native to the Amazon basin and super common in Brazil. It’s also used in many supplements and energy drinks. It has tons of caffeine but it’s touted to help with weight loss so there are many uses for it, it is just not as common here in the States. I am honestly hoping to change this as I think using guarana syrup as a syrup (obviously in small quantities) could be a great thing. Now that you have a little information on how the real Brazilian açaí snack is made let’s just get into this!

Pro Tip: Making more than 1 serving at a time is much easier on the blender. We always make a minimum of 2 servings.

*I am a participant in the Amazon Services LLC Associates Program, an affiliate advertising program designed to provide a means for us to earn fees by linking to Amazon.com and affiliated sites.