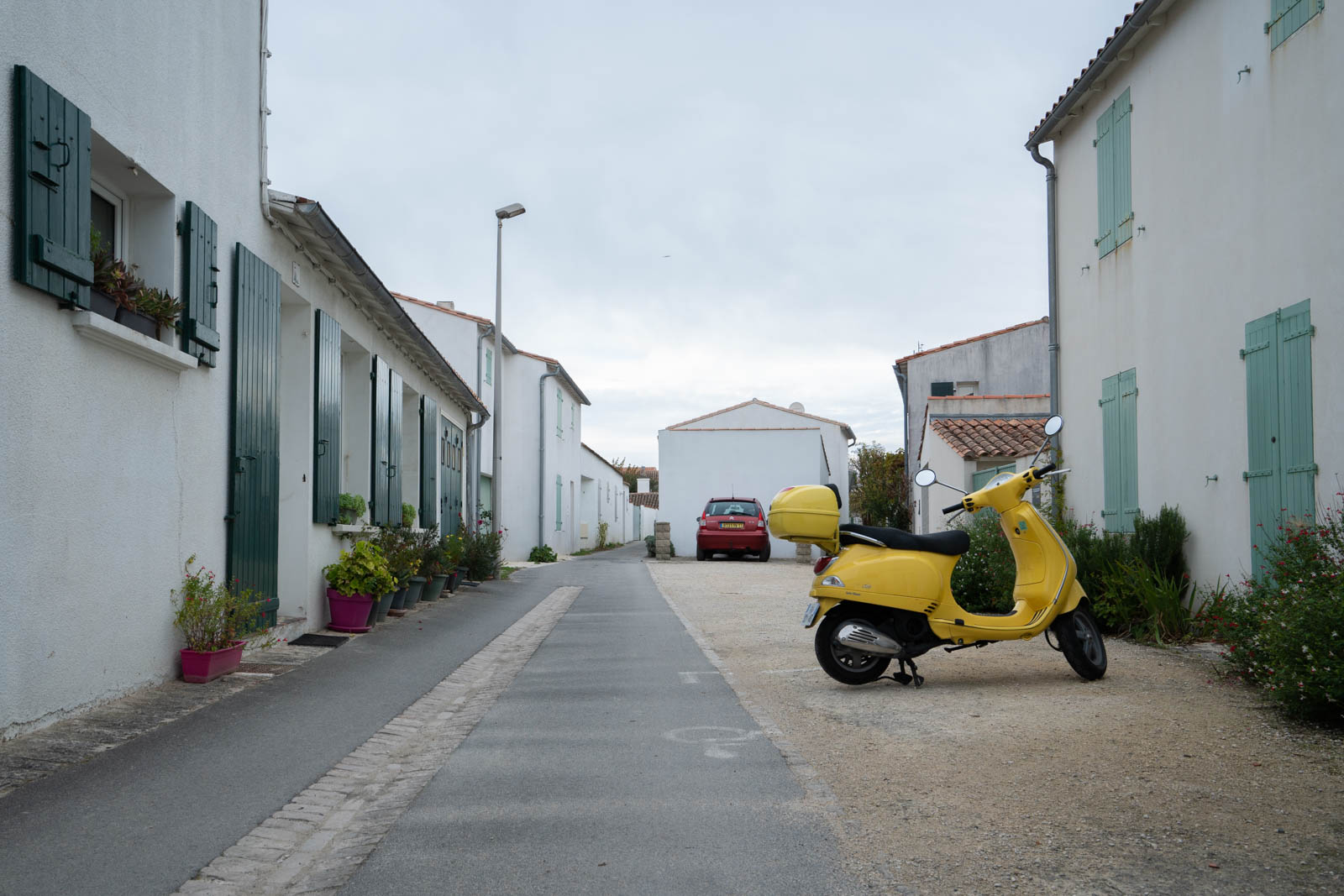 Despite a fantastic sunrise during our train ride from Paris, we arrived to a dreary looking day as we entered the La Rochelle station. Heading out we hopped onto the bus to Île de Ré. This bus comes regularly (the timetables are posted at the bus stops) and it’ll cost you 5 EUR, one way, which you purchase from the driver. We say Bonjour, and since we didn’t yet know the route of the bus, show him the Airbnb pinned on our Google map and ask in broken French which stop is the closest to the pin. He scrolls on the map a bit and declares a stop, a little too quickly for us to understand, so we reply “ah, merci”! and take a seat. Luckily, if the driver knows where you’re stopping they will tell you when you’ve arrived, which we found extremely helpful throughout the multiple bus rides that day. 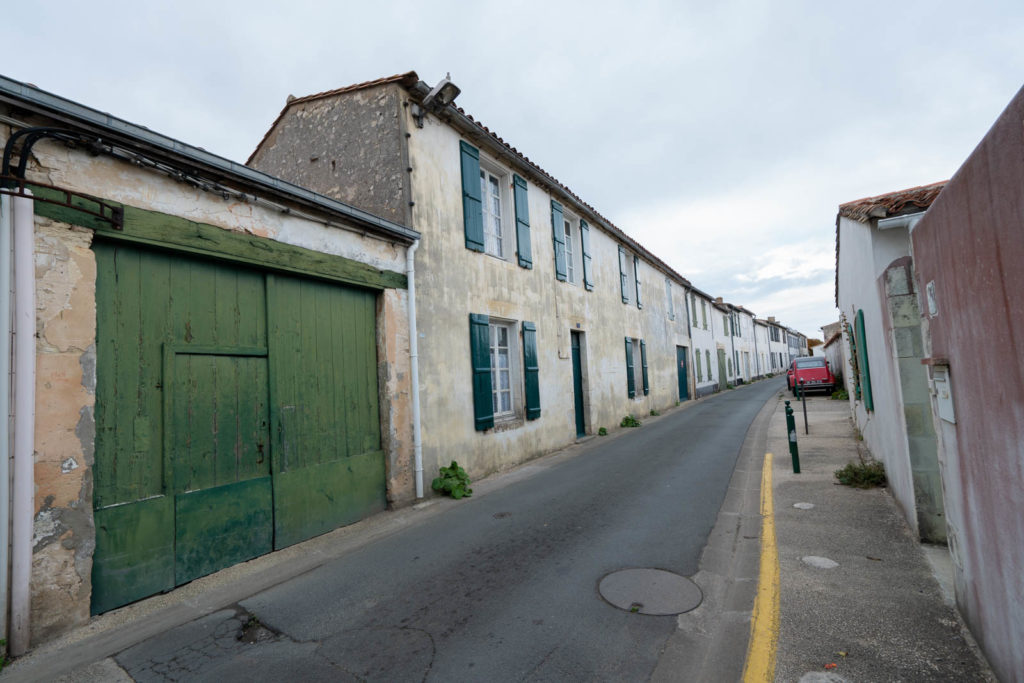 We started in the first town, Rivedoux-Plage, to drop our bags at the AirBnB “à fleur de bois”. The neighborhood was quaint, mostly one way streets; an older gentleman above us roofing a new building. The simple houses were wrapped in low white walls reminiscent of the Mediterranean. There was some underground construction going on the street just before the AirBnB and a tractor blocked much of the walkway – we could barely squeeze by with both our backpacks on, so the construction workers offered to help us with our bags as we sidled pass. The apartment is luxurious and spacious, especially after Paris – it even has a walk-in closet. The kitchenette was perfect for cooking our dinner in and we would definitely come back again when the season is right.

Most shops and restaurants are already closed up by early November; it’s a really, really sleepy island during the off season. Luckily the bus system was still good, and rather luxurious compared to your typical American bus, but not that frequent and it’ll cost you a euro each trip. The villages are a little far to walk, but it is possible. Biking would have been ideal but no shops are open for bikes or much anything else.

We took the bus intending to head to Saint Martin in hopes that the bigger village would have more open, but misunderstood that the round the island bus on stops at one stop per village. We missed our stop and ended up visiting Bois de Plage first. It was a telltale sign when the first thing off the bus was a fairly disturbing carousel with a distorted looking Pikachu and Donald Duck covered in plastic greeted us. Again nothing but empty shops and charming streets; beige buildings with the sudden pop of cobalt blue, sea green and turquoise doors or iron fencing, complemented by the rust orange roof tiles. Picturesque, straight out of a “coastal living” magazine.

We wandered a bit until our stomachs cried for attention and we decided to head back to Saint Martin to try our luck.

Though a fascinating little tower and bridge marked the beginning, our luck did not turn, and Saint Martin was almost just as quiet, though there was significantly more foot traffic. It seemed there were also a number of other French tourists visiting the town and also in the hunt for something to eat. Towards the seaside there is a small red lighthouse with a marvellously shiny viewfinder sat proudly before it. Our lunch window quickly closing, we didn’t find anything promising so we stopped in a “snack” boulangerie and grabbed a chocolate croissant and a sandwich. Sadly, though unsurprisingly, the famous Martinique was not open either, so no ice cream adventures for us in Île de Ré.

Hearts heavy, we figure the timing is just not right, so we decide to walk to La Flotte for one last attempt before resigning ourselves to meal in. The walk is not short but the day was cool and path straightforward. 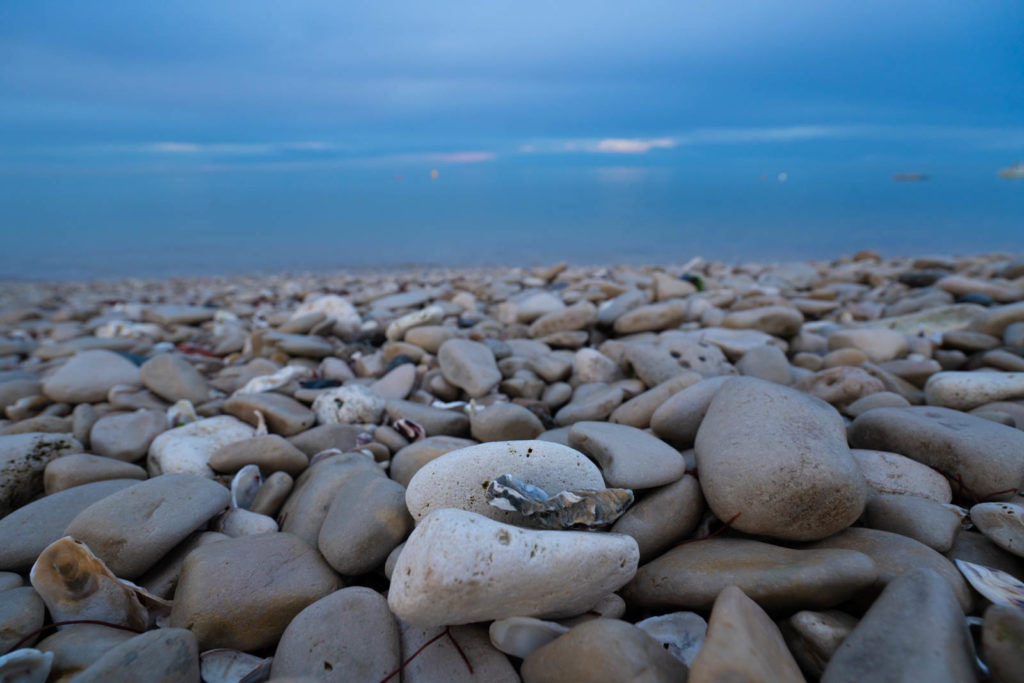 Many of the beaches were mostly rock, and in La Flotte there is a stretch of shore where the rocks are mixed with mussel shells. Locals strolled by with their dogs as we sat on the wall and stared until the sky merged with sea. 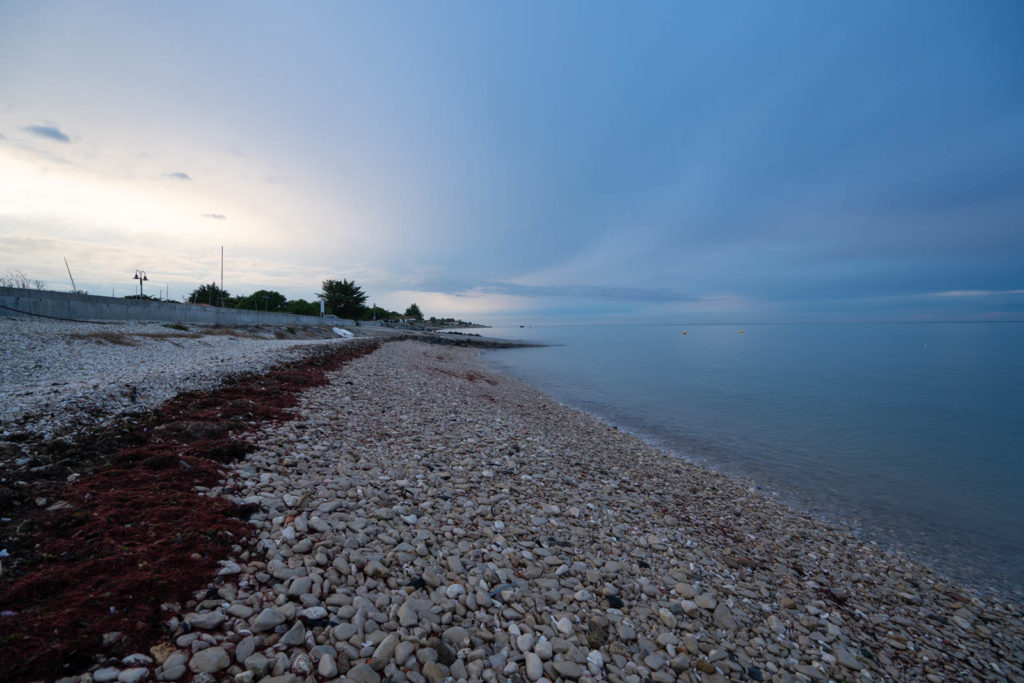 We headed to the grocery store and grabbed some fixings for a dinner and breakfast, then headed to the bus stop to catch the last bus around the island back to Rivedoux-Plage.

The rest of the evening we spent enjoying the Airbnb, catching up on some editing and planning until the wifi was turned off, which we agreed it was probably for the best. The next morning we finished off our eggs, walked to the very familiar bus stop and joined a rather full bus headed back into La Rochelle. Unfortunately this time we can’t recommend much for you except to choose better timing, perhaps rent a bike or car in La Rochelle, but definitely stay at “à fleur de bois”.

Want to give AirBnB a try?
Use our referral link to get $40 in travel credit when you sign up!
Share