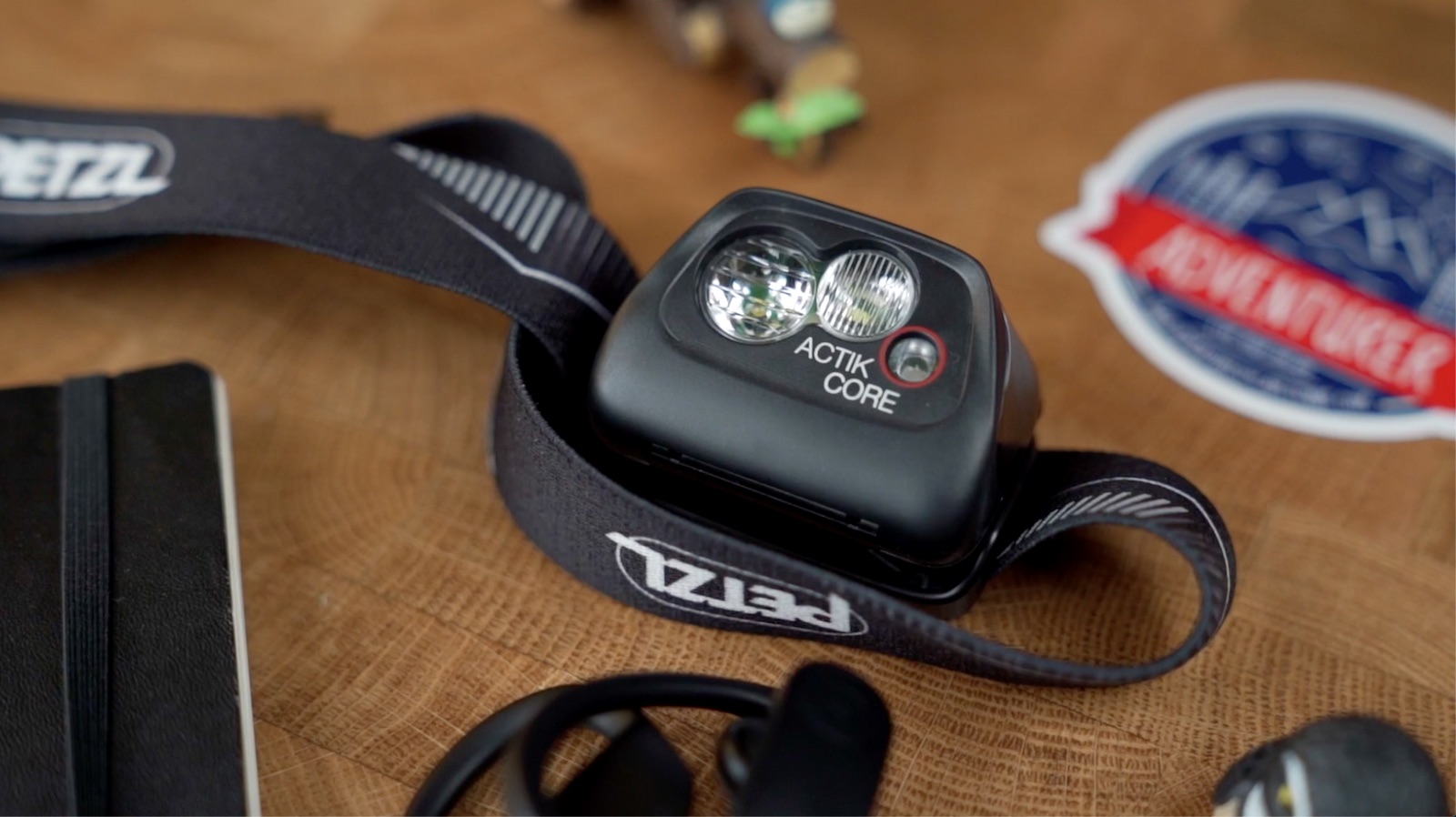 Why We Got a Headlamp

When we first brought Kaka home, it was nearing wintertime, so we wound up walking her in the dark alot, using our phones’ flashlight to guide our way. After a Costco run, we found some really affordable Duracell headlamps, thinking it’d be a better alternative and also a useful emergency tool.

However the batteries always seemed to run out, which meant the light never seemed to stay bright for long. While the Duracell headlamp wasn’t uncomfortable, it wasn’t comfortable, and I preferred wearing a beanie or hat underneath for some cushion.

When we started adding runs to our mornings, we also took the Duracell headlamp with us, but the hinge quickly wore out making the headlamp flop around if we wore it right side up.

Why Did We Get the Petzl Actik Core Headlamp?

So we decided it was time to invest in a proper headlamp. A quick search on REI and Amazon led us to the Petzl. While we didn’t need a headlamp for anything too hardcore, like rock climbing, we did want something with a strong enough light, reliable, and rechargeable – because using batteries can be so tedious – but battery compatible in case of emergencies!

The Petzl Actik Core Headlamp has a Max Light Output of 450 lumens. If you were like us and didn’t have any understanding of how much brightness 450 lumens is – here’s a quick breakdown: most household emergency flashlights are under 20 lumens, while a more tactical flashlight that say a police officer might use is somewhere between 90-200 lumens.

This Petzl headlamp is categorized for running and backpacking and it offers 3 brightness levels: at the highest it’s 450 lumens with a beam distance of 90 meters, at medium it’s 100 lumens with a distance of 45 meters, and on low it’s 6 lumens at 8 meters – which is really a great bit of versatility. We typically stay at about medium when we’re walking or running in the dark, but I think the lowest level is really useful if you’re just in the house or if you’re camping and just need a little bit of light to find something or get to the bathroom. We found the headlamp to be a good weight (with batteries: 2.8 ounces) where it was never too heavy to be cumbersome but not too light that it felt cheap.

Oh, there’s also a red light which can be used as a flood light or flashing emergency light. Which is supposed to be helpful to protect your night vision, though we’ve not had much use for it.

Our Favorite Things About the Petzl Actik Core Headlamp

There’s no bounce while running and the adjustable angle has not given out yet, though we’ve only had it for several months. But you can see the build of the hinge is so much sturdier than the Duracell one.

The headlamp is rated IPX4 which is resistant to water splashes from any direction – meaning it can take a little sweat but you can’t wear it while walking in the pouring rain. Speaking of, the removable band is a good functionality for those running with it and wanting to give it a wash.

We also noticed that when the battery started to get low, we would get a flash, but I’m not entirely sure if that’s an actual feature.

Is the Actik Core Headlamp Worth It?

At $69.95, it’s a bit pricey for a headlamp, though this is within the range of newer headlamps with this max power – which to be honest might be beyond what we typically need, but now we know! We only splurged on this guy because we had a gift card and some REI dividends that brought the price down. So far it’s been a satisfactory purchase and as long as it lasts, we’ll be happy. I think in general, getting a headlamp was the perfect tool for the seasons that have shorter daylight hours and we highly recommend finding the perfect one for you if you’re also walking or running in the dark. We’ll keep you guys posted and update the review if anything happens!

Traveling for a month: Lessons learned